November 17,  2013 debut as choral tenor during Viva Verdi concert, at Mozart Hall of Auditorium of  Zaragoza

July, 2014 becomes a member of  Teatro Lírico of  Zaragoza

January 17,  2015 debut with Teatro Lírico of Zaragoza  at Mozart Hall 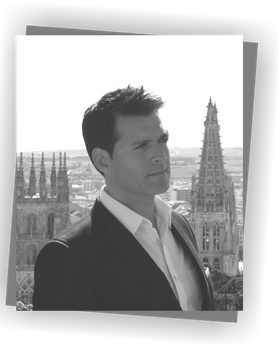 Who is Ignacio Prieto

Love of music and inner faith

From spanish parents, tenor Ignacio Prieto was born in Paris (France) April 16, 1973 in a family with great musical taste. Receives basic training in music theory and by adolescence, self-taughting, he began playing  drums and guitar, coming to compose some songs and being part of different musical groups.

Later initiates its fondness for singing, mainly romantic music, but not interested in opera until hearing the first concert of the Three Tenors in Paris. Thereafter begins to perform  some classical pieces trying to emulate the great voices. Encouraged by the positive reviews decided to train on the technical aspects of singing, raising the possibility of acting in small local clubs. That's when you receive the news that the CAI Zaragoza Coral was incorporating new voices, calls for an entrance exam and was accepted in September 2013. Two months later rises for the first time on stage as a tenor coral, part of a chorus of 150 voices conducted by Marta Vela,   conductor of  Coral Zaragoza CAI, in Viva Verdi concert on  November 17th, 2013 at  Mozart Hall of Auditorium of Zaragoza.

Impressed and encouraged by this experience, the tenor expands his repertoire   of arias and romanzas hoping to become a soloist in the future. Thus, on December 15, 2013 interprets "Soy de Aragon" with the Coral CAI Zaragoza during the benefit concert for the Talita Foundation   celebrated at  Teatro de las Esquinas of  Zaragoza. 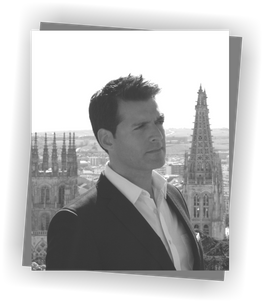 In July 2014, during a tribute concert to Corita Viamonte held in the Teatro Principal in Zaragoza , the tenor was invited to join  Teatro Lírico of Zaragoza   surpassing the entrance examination and been admited as tenor that month. Even then he was finalizing the details of a future recording, and September 20, 2014 Ignacio enter  Estudio 5 sound recording of    Burgos    to record "De Amore et Fide" (Of Love and Faith), free distribution CD available for direct download and streaming at Audio & Video section.

In 2015 he begins to receive singing classes from counter tenor Sergio Garcia, which encourages him to focus his attention on a more demanding repertoire, while instructing the tenor on vocal and breathing techniques. Months after Ignacio Prieto receives the invitation to participate as tenor soloist in the Lyric Gala "Cinderella"  organized by the International OperaStudio Association  in collaboration with the Cultural Association ViViamol'Arte , which will be held on July 19, 2015 in Formello ( Italy) and will feature the participation of leading figures singing from Italy and Mongolia. The gala marks the international debut of Ignacio Prieto, with the consequent promotion in Italy and various asian countries.

In October 2015, the tenor begins to rehearse the repertoire that will shape their second album "L'Italia nel Cuore", which will be available in December of the same year and will be distributed worldwide through major digital stores and streaming radio stations. At the same time, he begins preparations for his own musical show titled " Lyrical Recital , Arias and Romances " accompanied on piano by Marta Vela. Together they play the most representative  of his two albums arias, along with some pieces of Zarzuela.